The new museum building occupies the northern part of the competition site, north from Finlaysoninkatu street and facing with its principal facade the former headquarters of the factory building. The proposal tries to minimize the impact of massive exhibition volume and leave as much as possible free space around itself. The new proposed building is located parallel between the existing historic and industrial heritage volumes, occupying the most logical perimeter within the existing urban tissue and in this sense completing the existing block in the city pattern. The second long facade faces entirely the existing urban park, protecting it from the street and in the same time allows the new visitors flows to penetrate the new volume on the ground floor, creating a new physical connection with the park, as well as visual connection thanks to the big glazed openings within the massive block of the exhibition volume.

The new proposal preserves entirely the existing important tree spices and organize its program completely around the
vegetation, creating a strong visual connection with the nature around. In the western part of ground floor are located the main entrances and principal foyer, as well as multi-functional hall and workshop, both widely connected with the foyer and amenities. The most eastern part of this floor is occupied by the loading spaces and technical museum facilities, and the personal facilities creates the core part of the floor. Small part of the workshop and archive spaces are located underground, together with the necessary technical areas and with easy access with the rest of the floors towards service staircase and freight lift.

The exhibition facilities are located on levels 1, 2 and partly 3, which is the highest level of the new museum building and which is mostly occupied by spacious open-air rooftop terrace, allowing us to create another strong visible connection with the surrounding environment and having extra space for sculpture exhibitions in open-air space. On level two is located the main part of exhibition facilities, creating variety of continuous connected exhibition spaces, as well as a hall with double height and key-opening on one of its wall, which leads also in addition to a strong visual impact on the facade of the museum building – a massive circle window, which could be used for importing artefacts, taking part of exhibitions or be completely closed and flushed, completely disappearing within the wall. The exhibition space on level 2 is organized around vast free space with the possibility to have movable partition walls, creating variety of possible exhibition spaces.

All around the floors we find distributed public spaces, which allows us to establish many new visual corridors with the
city and the park landscape. The northern facade of the building is open toward the existing vegetation and the
visitors have the opportunity to gather, study and relax with the view towards Finlaysonin palatsi and above the trees.
One of the preserved existing spices – a pine tree is ‘exhibited’ in the main foyer of the museum, allowing us to create
not only visual, but almost physical green connection between the street/parking entrance square and the big park
on the other side of the new planned museum building.

The small part of the competition site, south of Finlaysoninkatu street is left almost free and designed as small urban
square with trees. Here is located the future connection through staircase and elevations with the planned underground parking facility. Here we also find the drop-off/taxi/bus point and space to meet before entering the
museum hall on the opposite part of the future shared street. A round pergola is bracing the new designed green
space around the trees and in this way creates small urban square, which is with connection not only with the museum
but also an autonomous space, which is open and live all along the days of the week.

The suggested construction scheme is classical and simple and allows the usage of variety of structural solutions and
materials, in order to be chosen the best possible option responding to the feasibility and environment points of further planning investigation. The requested technical facilities occupy small underground level in order to meet the
feasibility requirements. 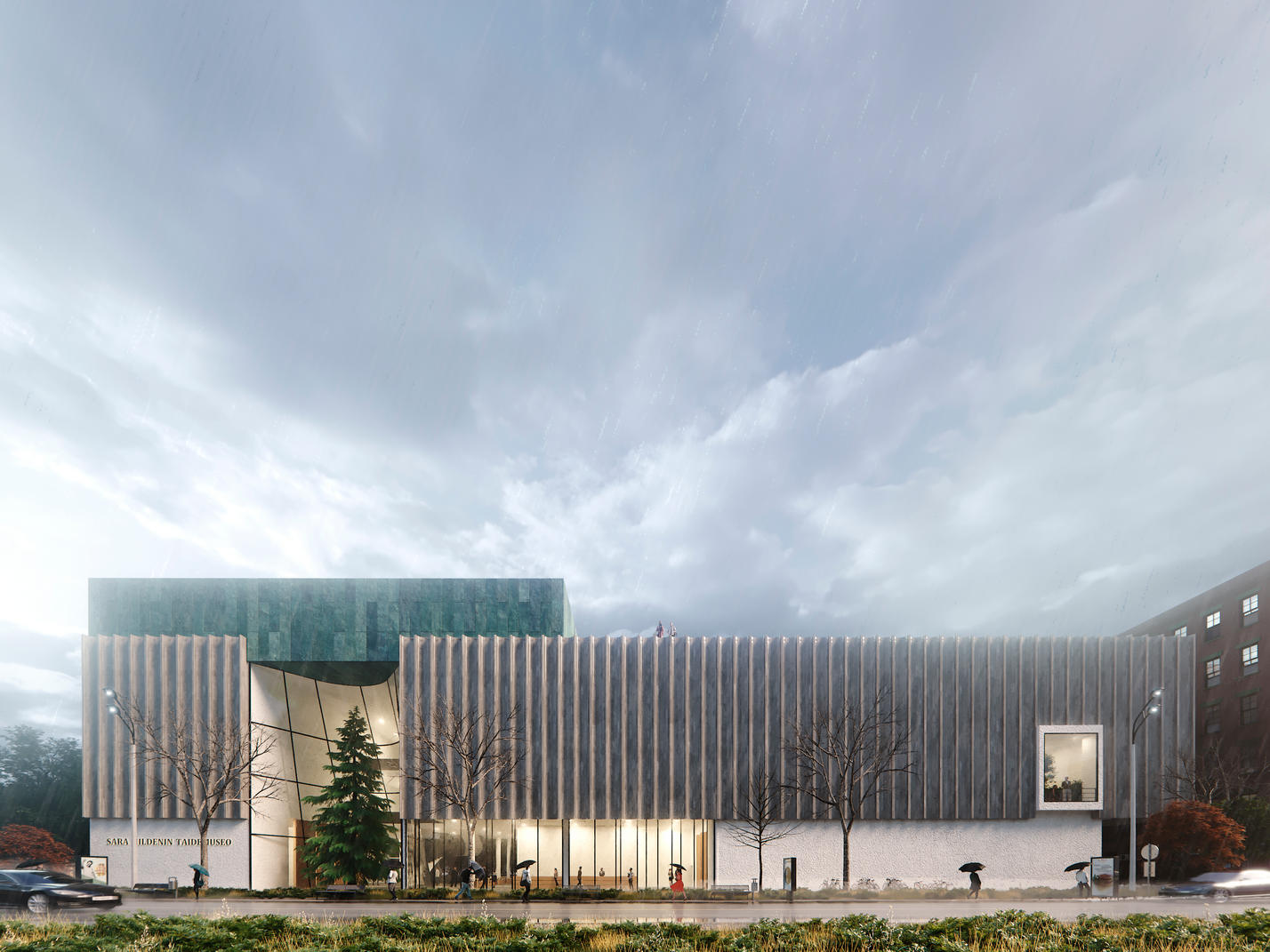 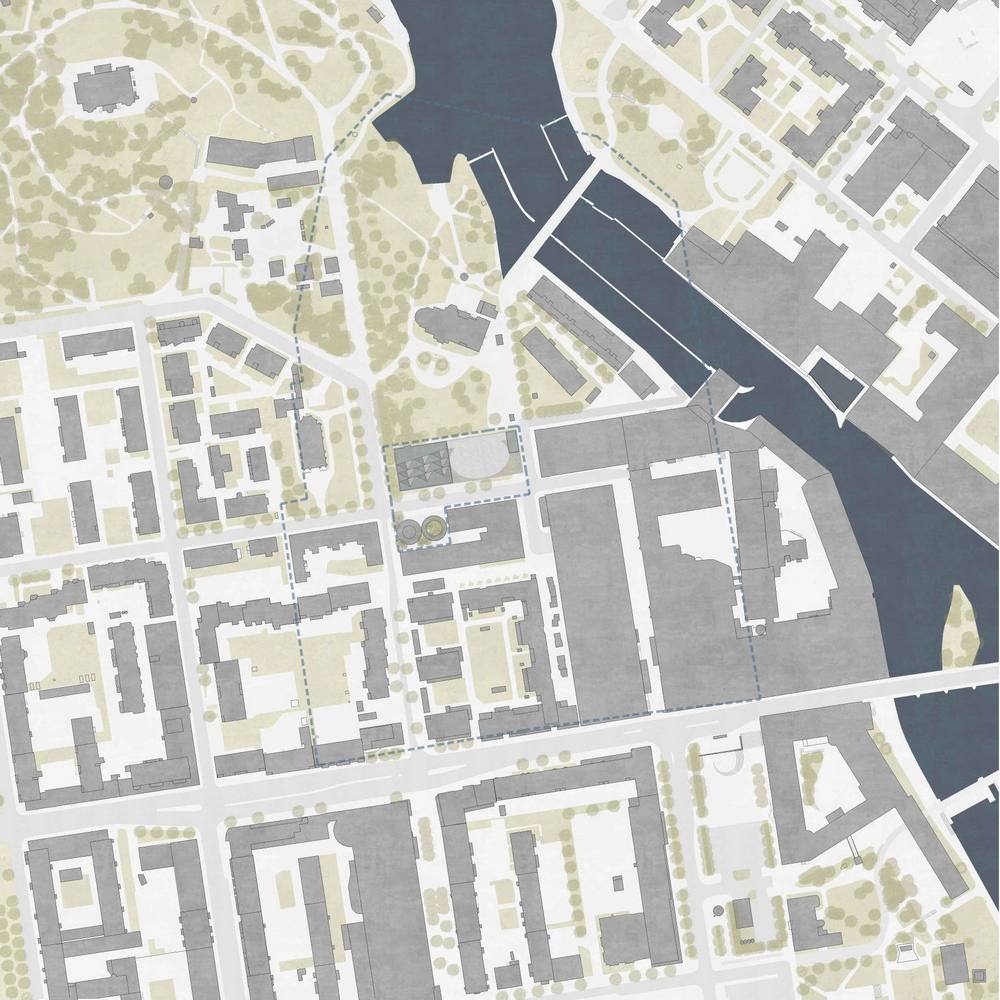 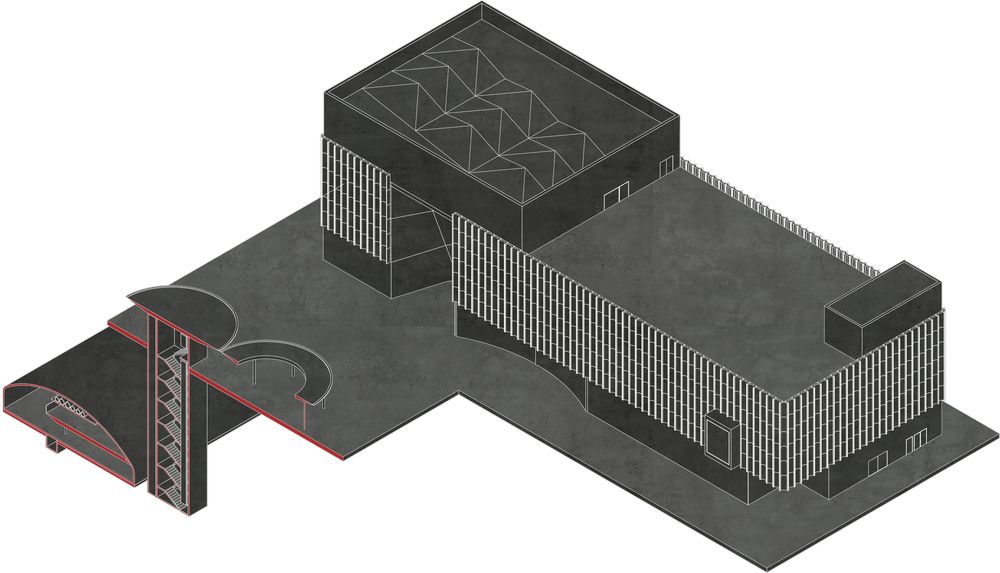 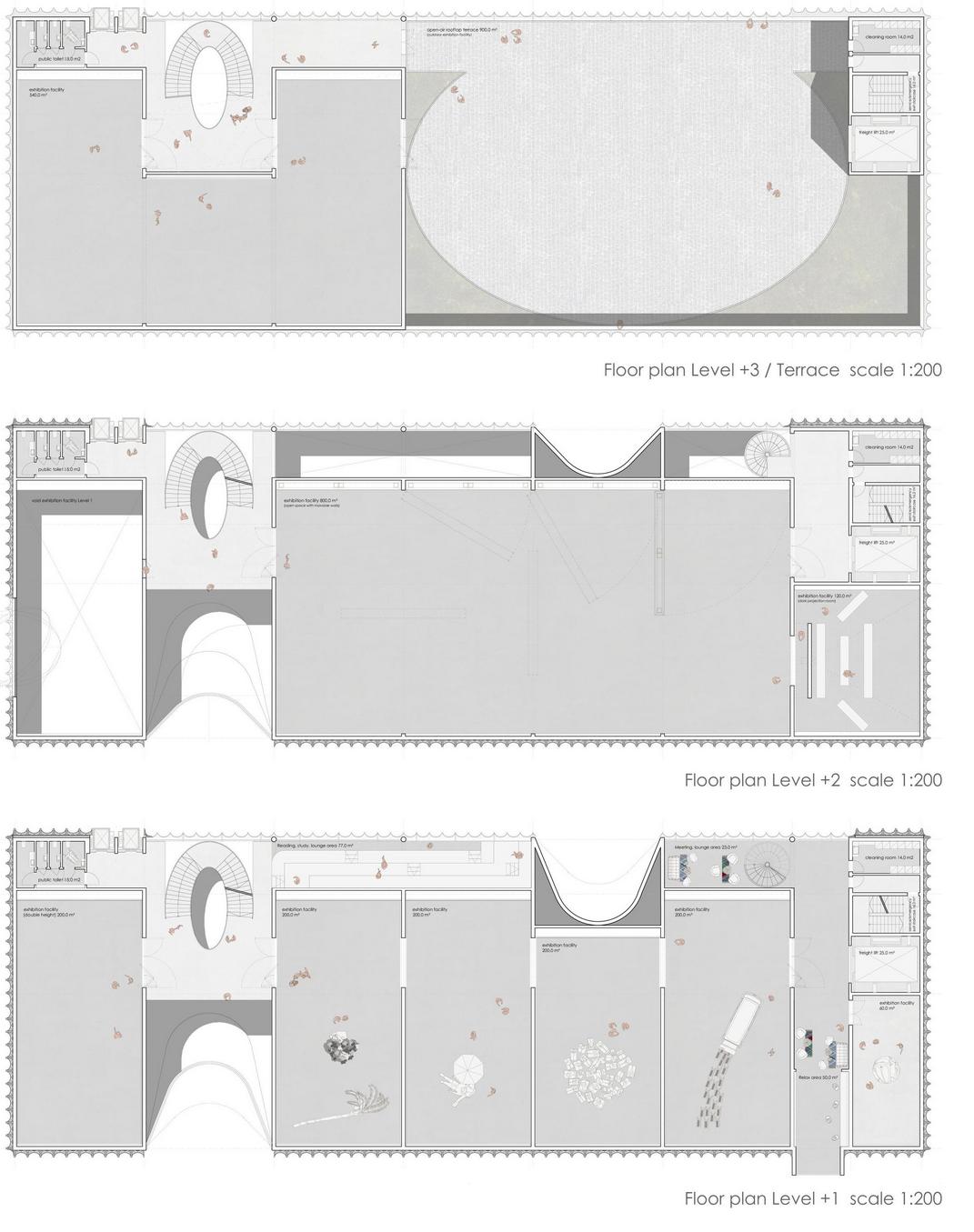 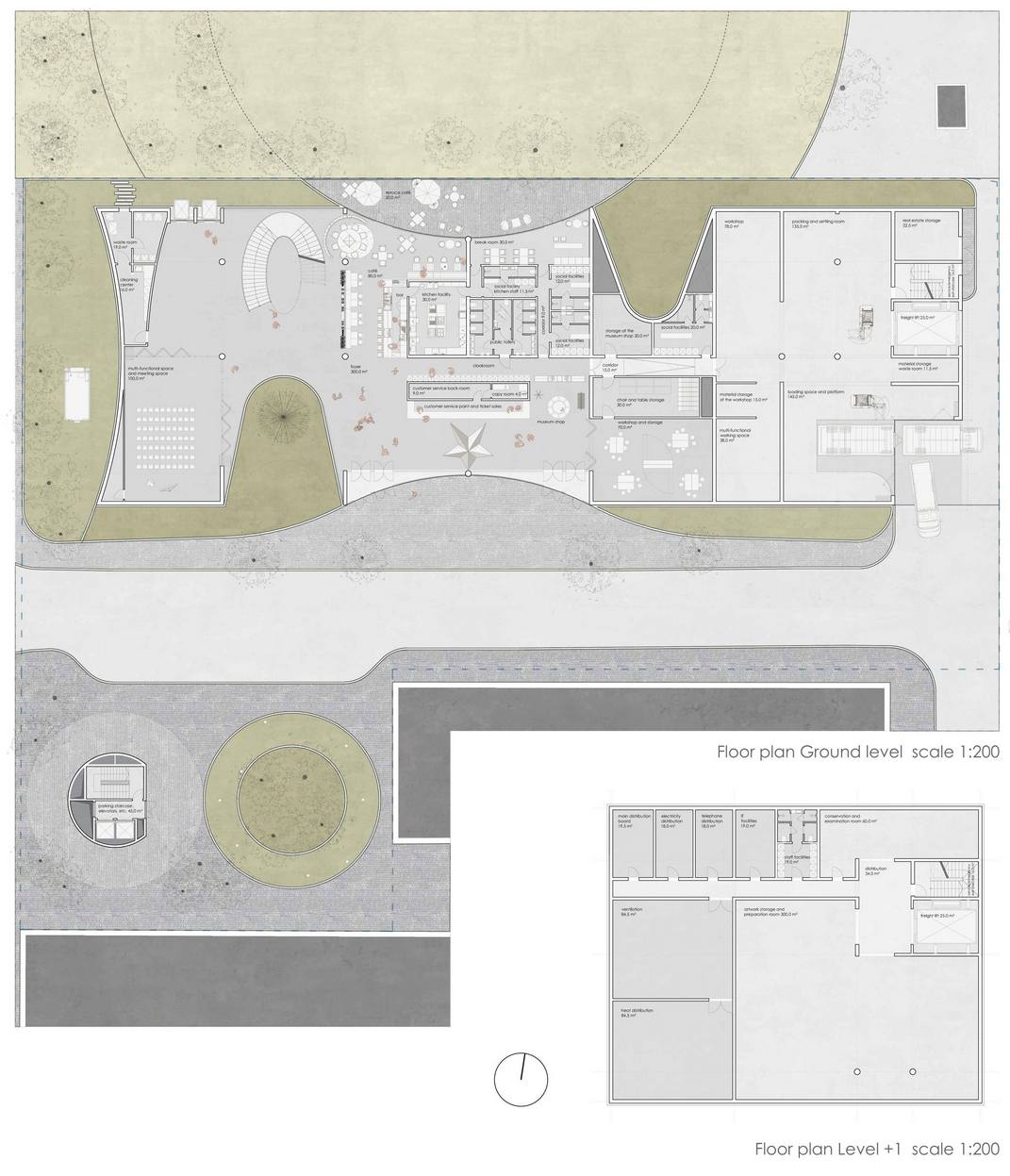 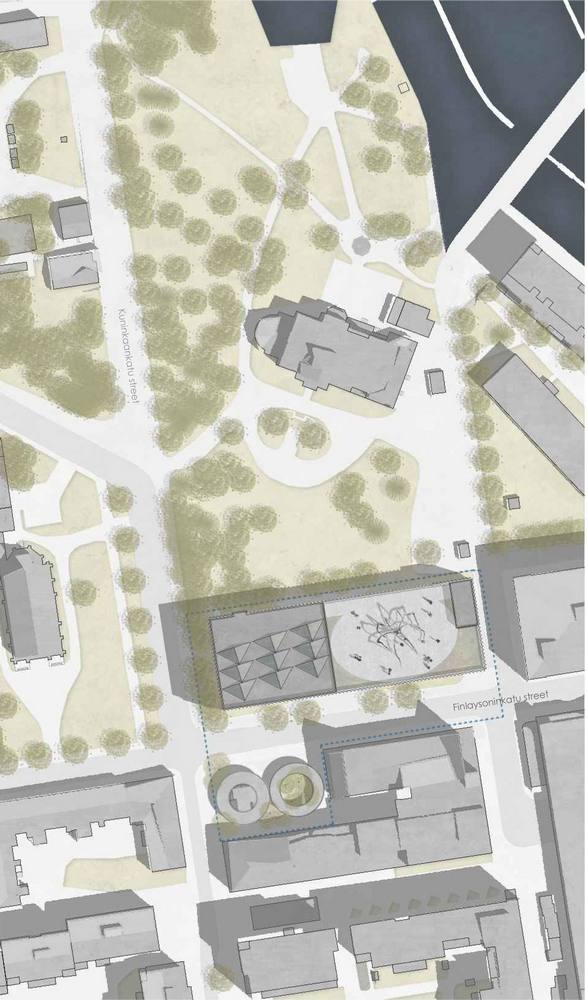 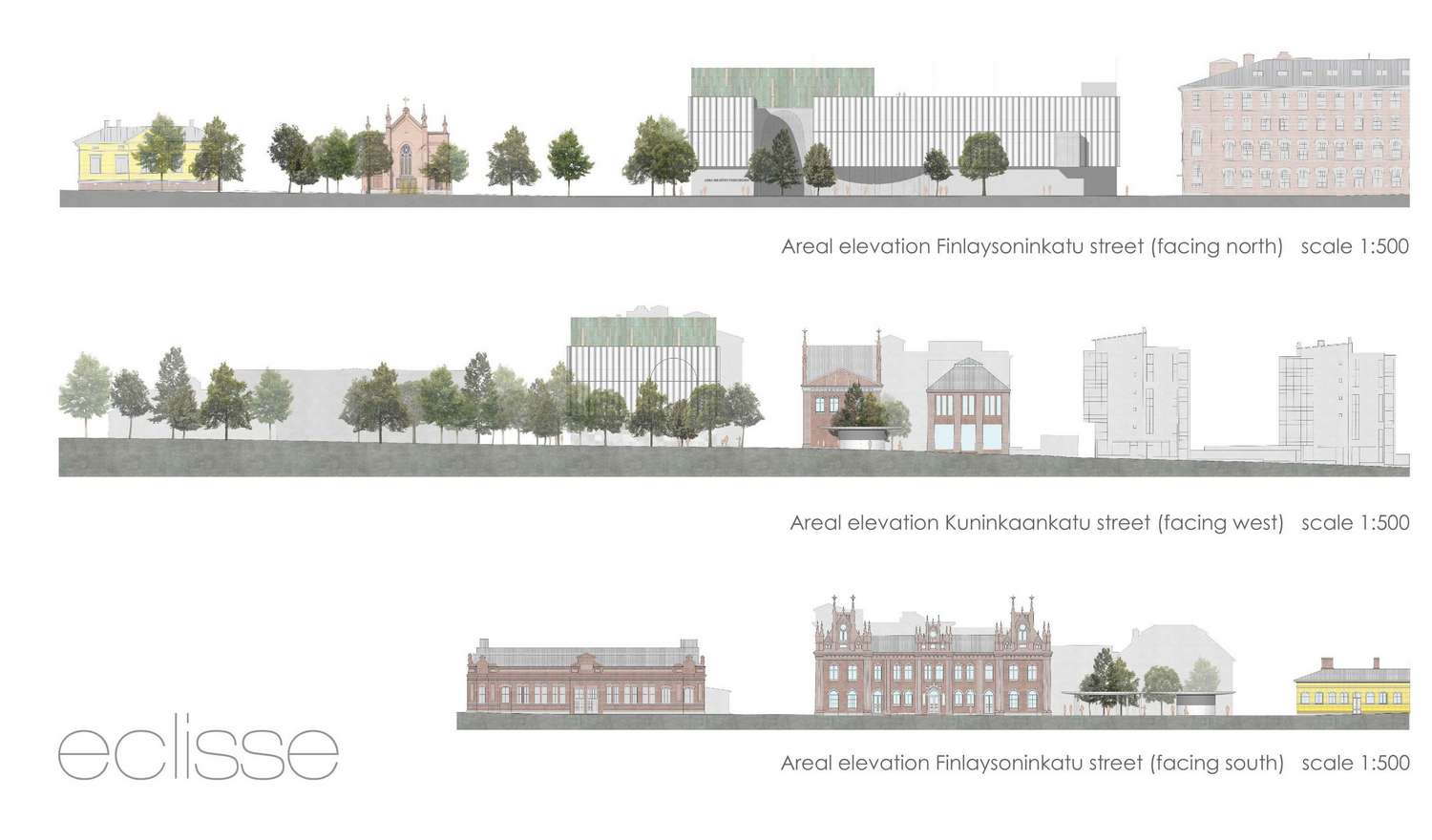 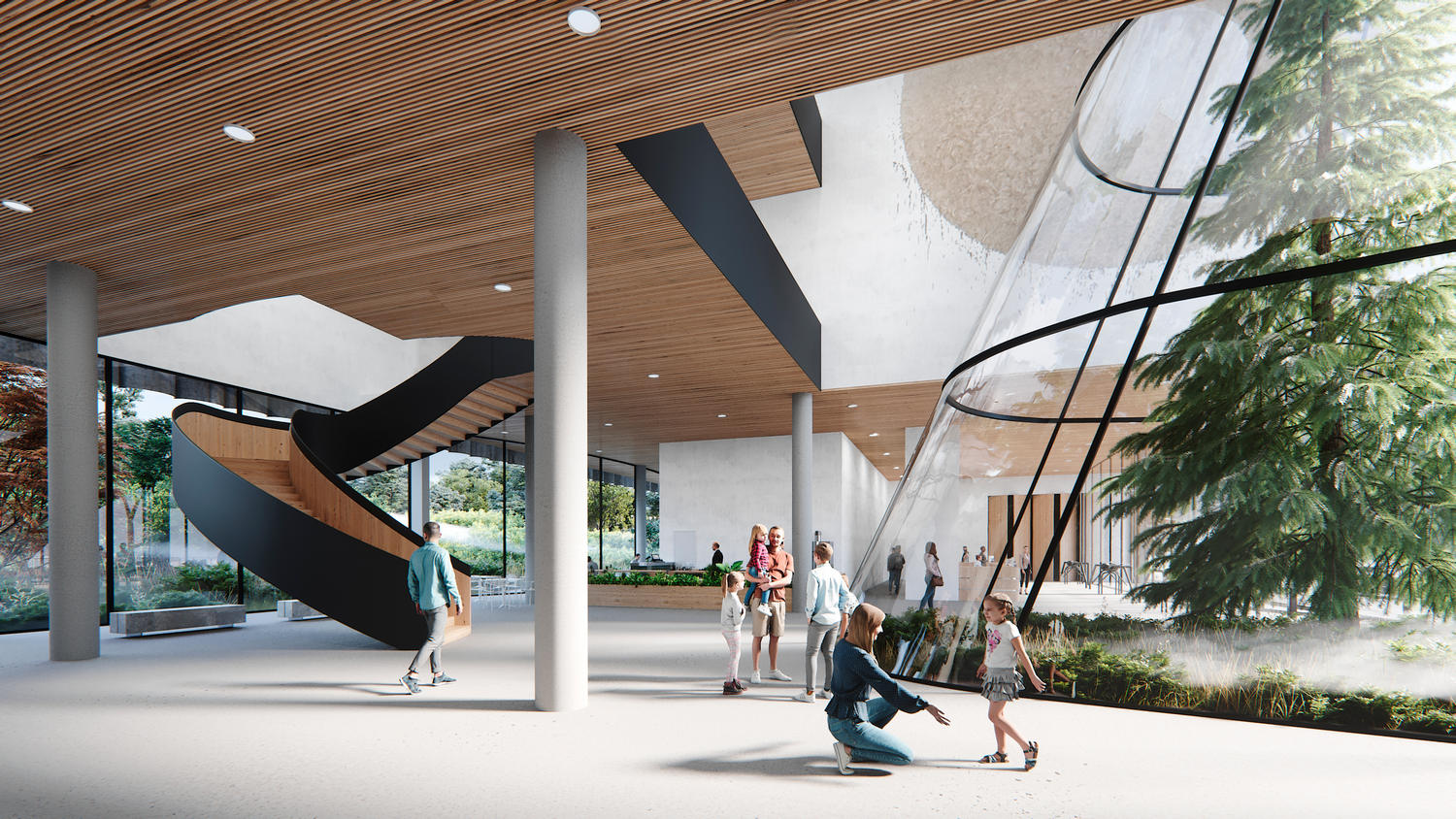 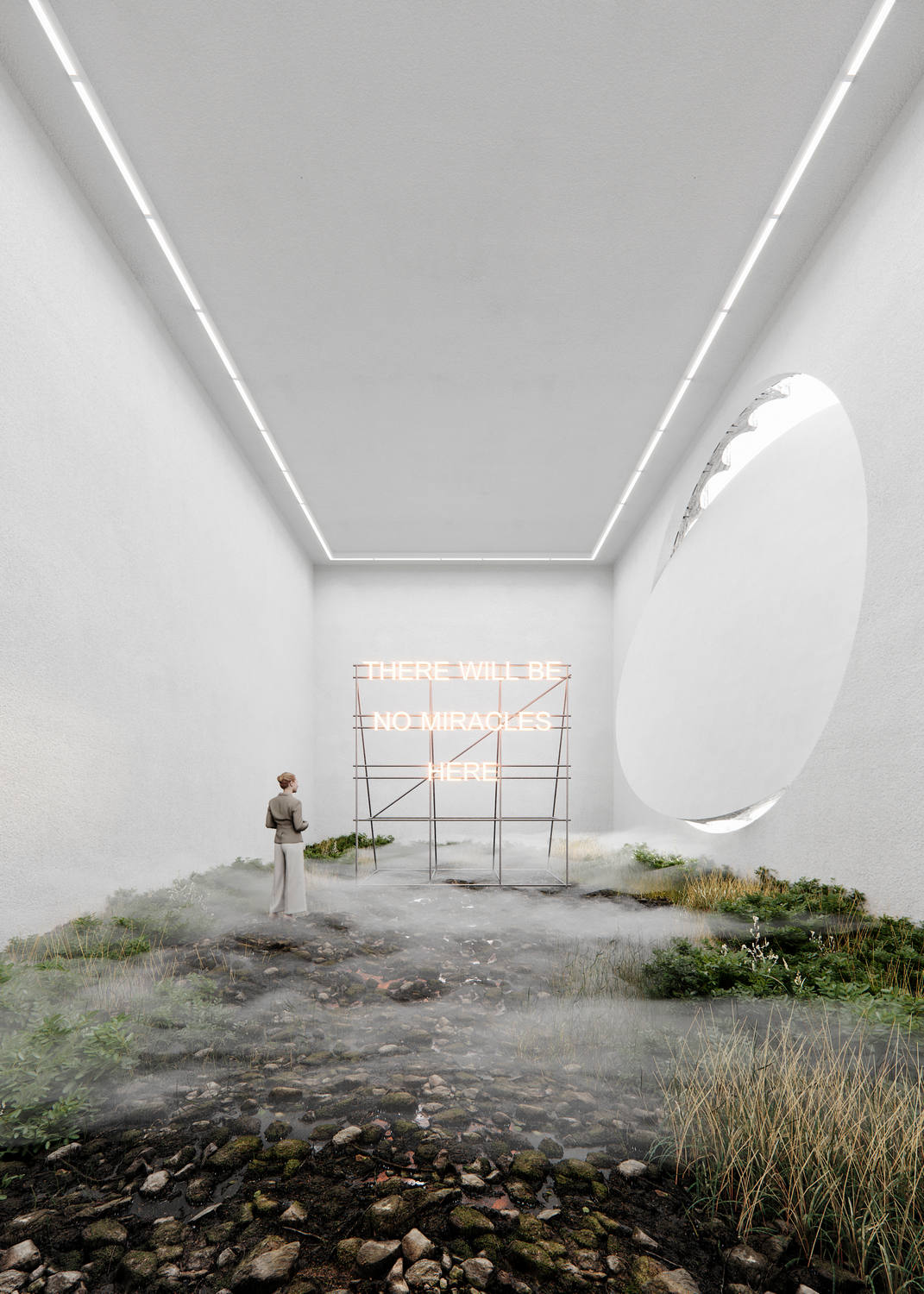