The installation is located at the largest and main room of the abandoned since decades old Turkish bath (also known as hammam). The bath is a unique architectural monument from the XVI century built over an even older Roman bath. The traditional Turkish bath has been reconstructed many times over the years and it has been working and used until the 90s of the XXth century. The building is an architectural monument of local importance and is one of the few buildings of this period in the city of Plovdiv preserved until nowadays. After being completely deserted and forgotten the ancient bath became a Center for Contemporary Art. In its halls contemporary art exhibitions, represented in various forms, take place periodically, which gives them a unique and contrasting background from the old building.

Considering the strong centric area, we decided to supplement and strengthen its shape by arranging a library in its center, just below the dome. The hall size is 12/12 m., where the height including the dome reaches 13 m. ending with a small eight-sided illuminated cylinder. This idea is complimented with a spiral ladder-like climbing to the other level. Visually the whole composition curves around the center and metaphorically and literally climbs to the dome and the sky. The different treatment of the two slopes in plan – for reading and for storage remind of the flying clothes of the whirling dervish in the center of the room.

The entire library is built of wood, used in building construction. The main goal set from the very beginning was the search for contrast between the shabby, accumulated over the years layers of plaster on the walls and the ceiling, the cold brick and stone walls and the warmth, clarity and coziness that a natural material such as wood can give to the whole area. The entire installation is created with a tremendous respect for its surrounding area, since without it, this effect would not be as strong. 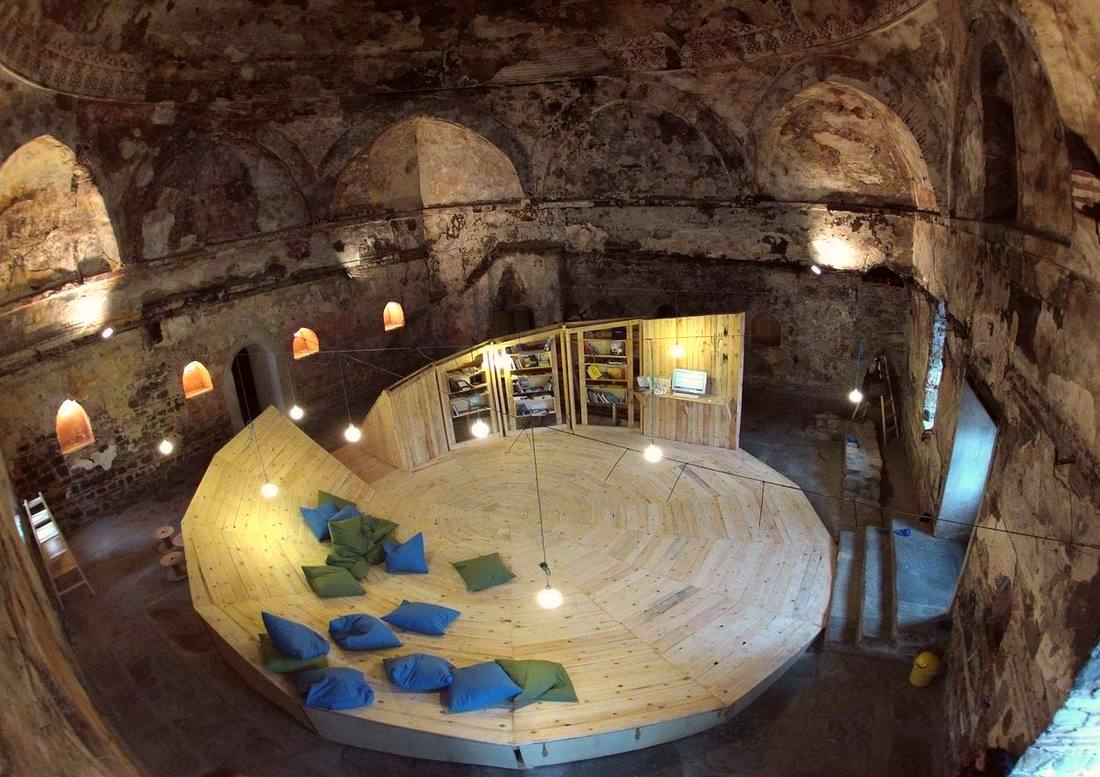 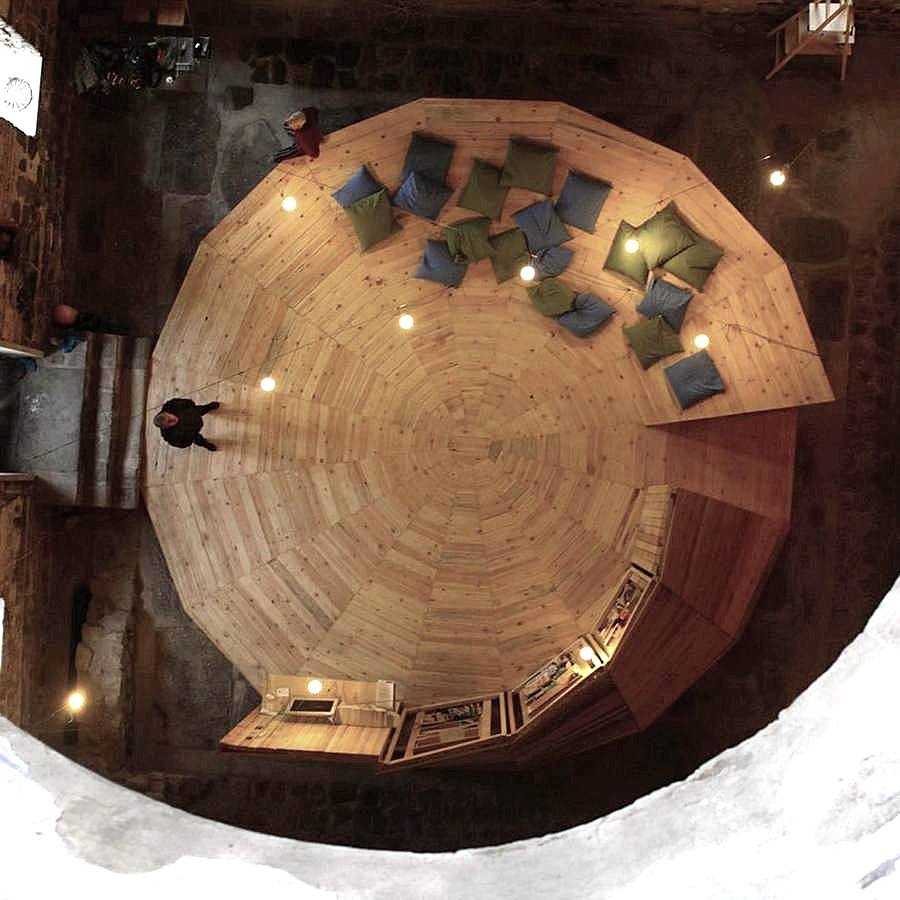 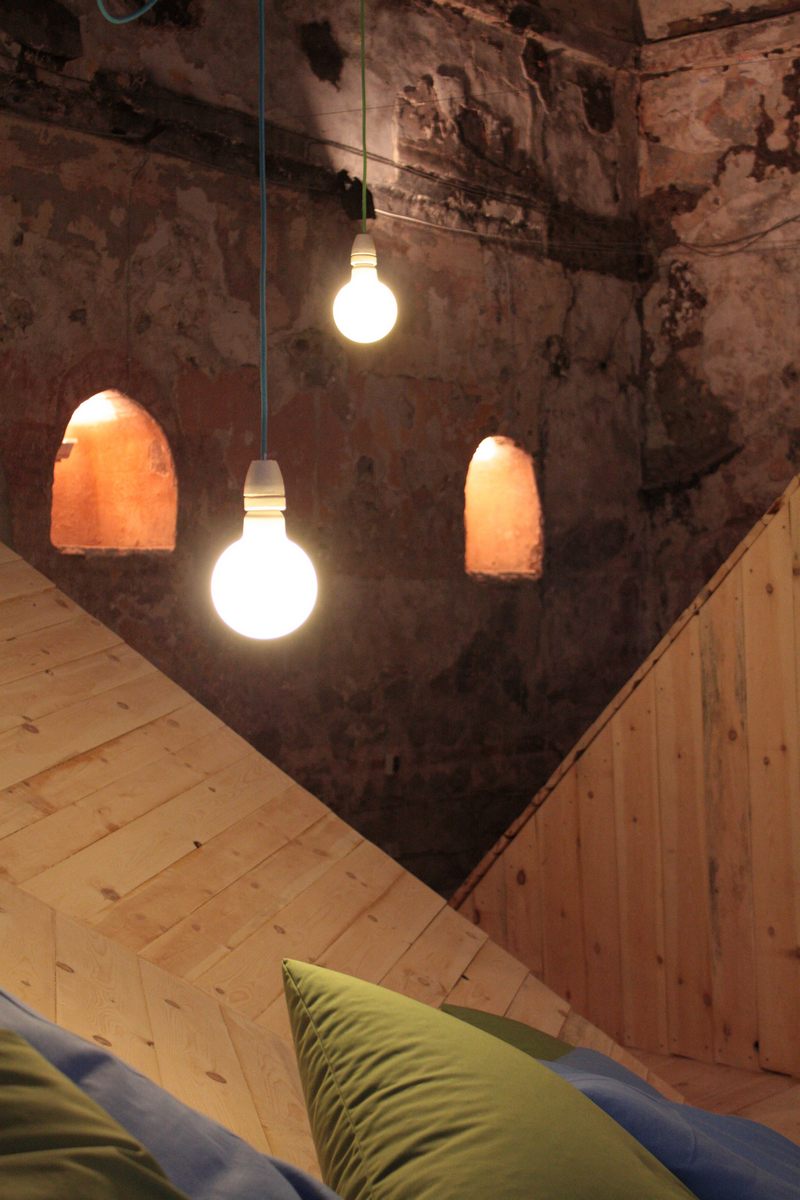