Six months after opening the first part of the bar the owners got the opportunity to rent the neighboring space and to connect it with the existing one. A ‘door’ has been made between the two rooms and we were searching to create a natural contrast between the two parts with respect to the old typical architectural vision. At the same time our main objective was to preserve space’s identity and making it one united complex space with the old intervention. The beautiful old plasters on the walls that were found during the construction process have influenced our design approach and have changed almost completely the initial idea. As a result and we made brain-storming on a new concept, in the center of which was the existing wall finishing.

The old flooring is almost completely kept after refurbishing and changing part of it with gray-colored tiles as well. The new lighting hangs around the found on the construction site old steel nets, which are typically used as a supporting unit for concrete works. The tables are made of steel profiles with marble tops. Half of the chairs are taken from old schools, where they were abandoned as unnecessary objects. They are completely covered by the original student scribbles and names of bands and local football teams, which only underlines the searched contrast between new and old. All the used materials give respect to the memories of the place and brings them back to life one more time today. 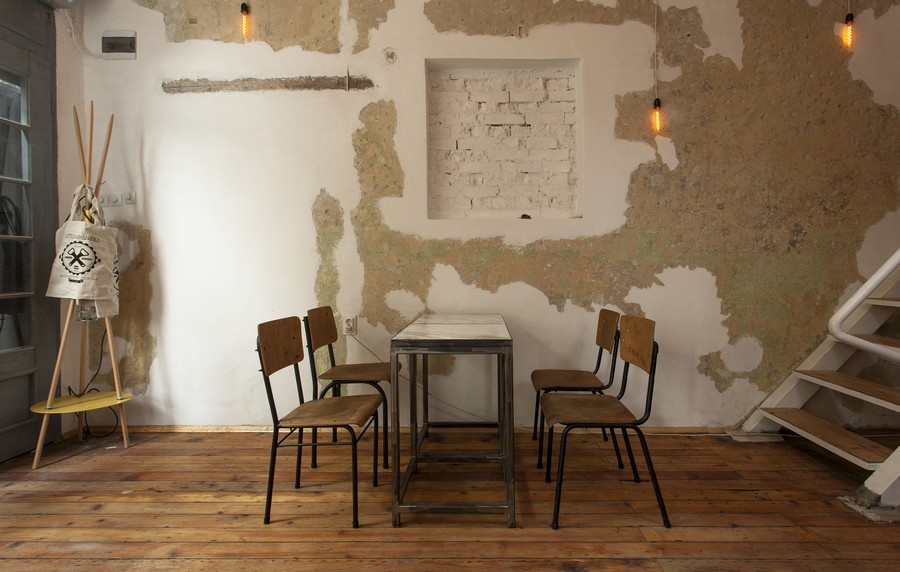 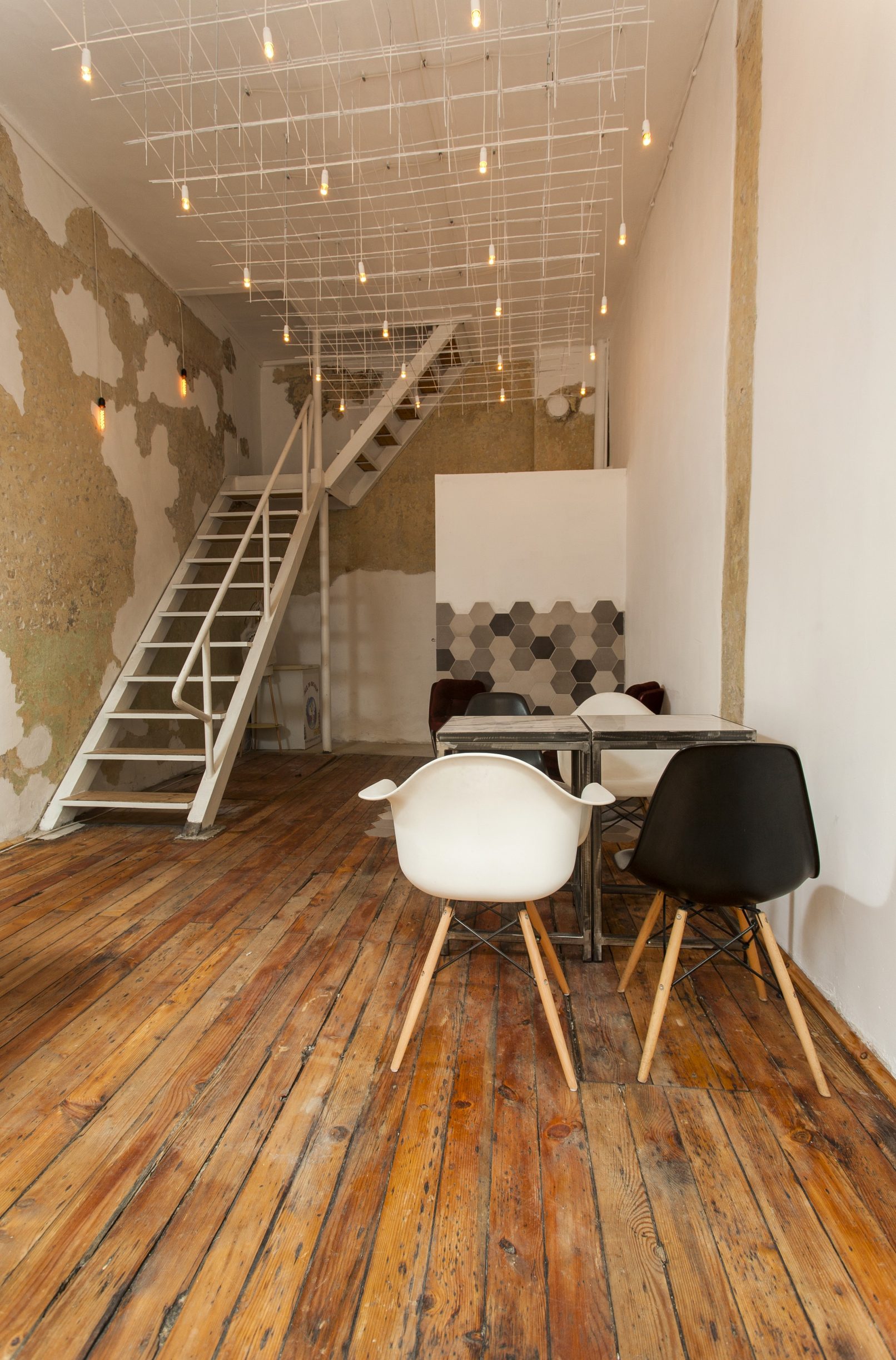 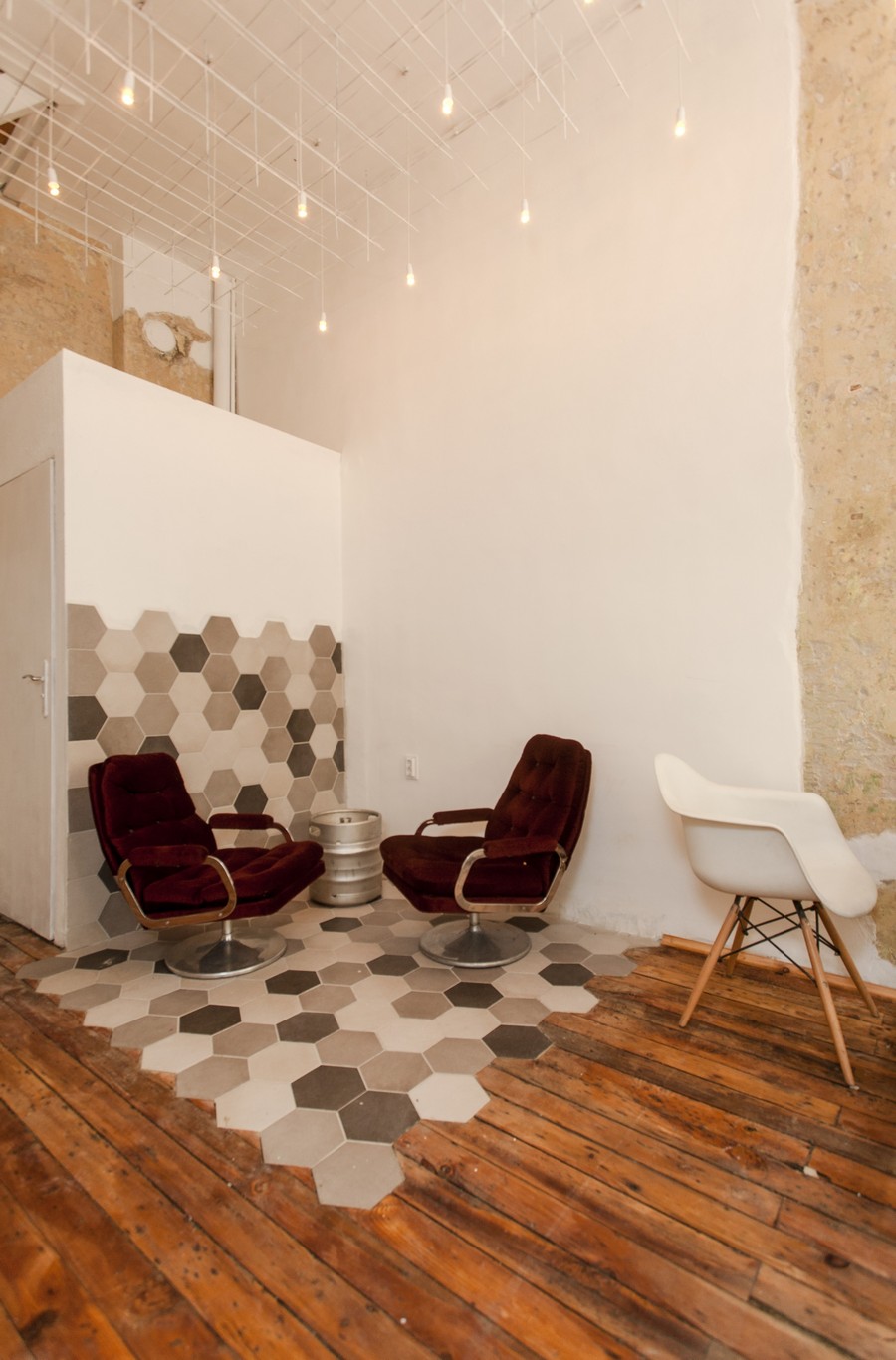 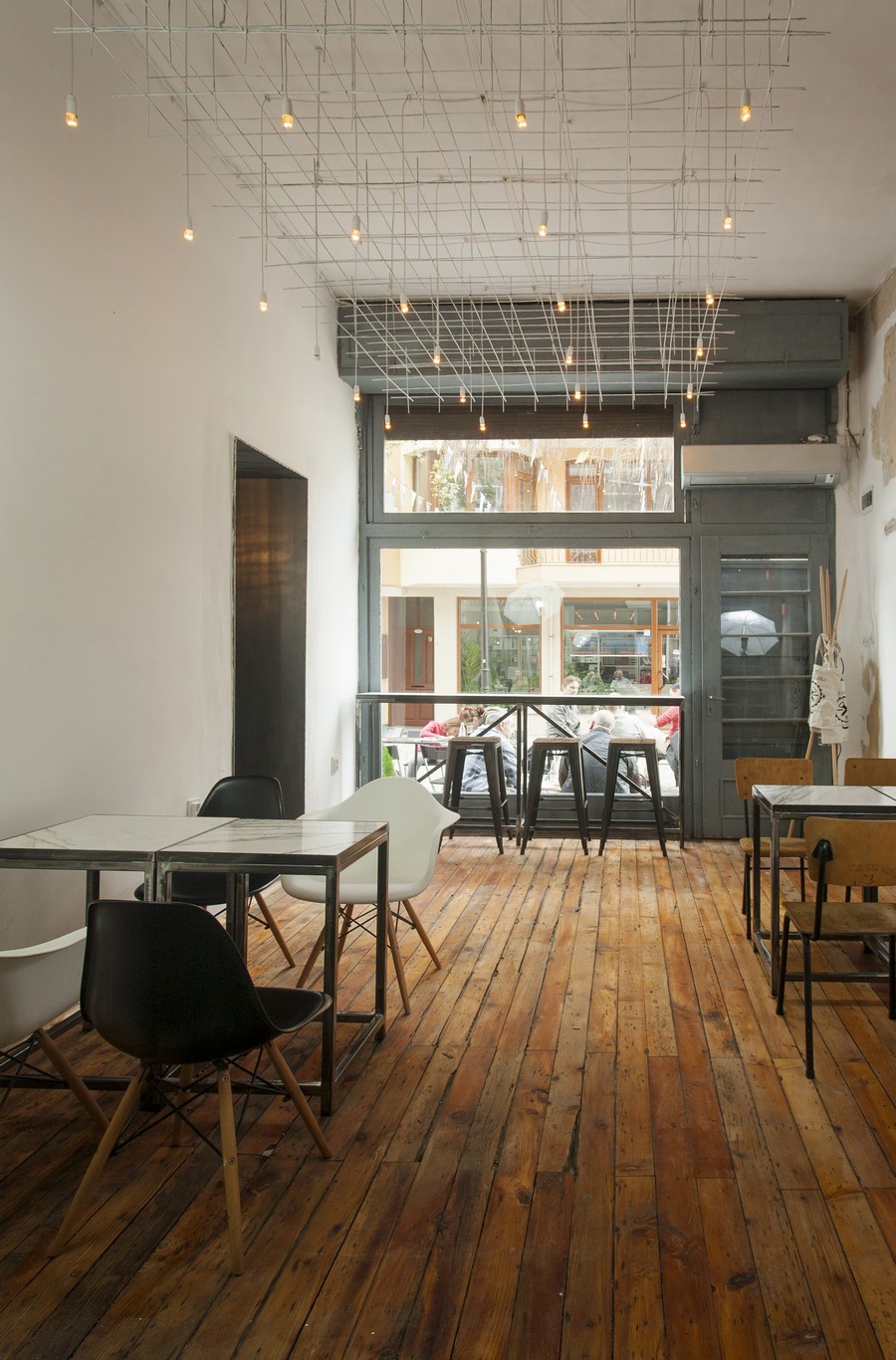 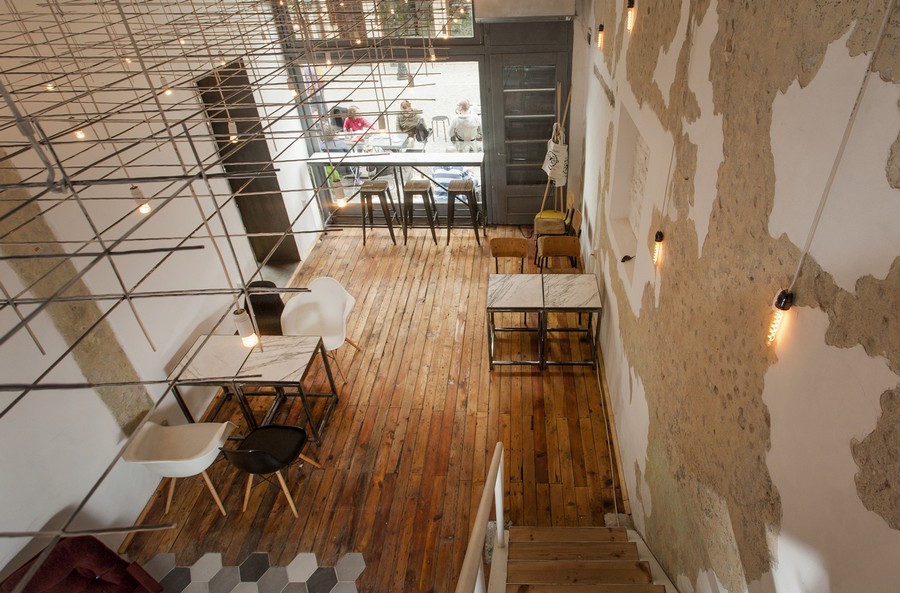 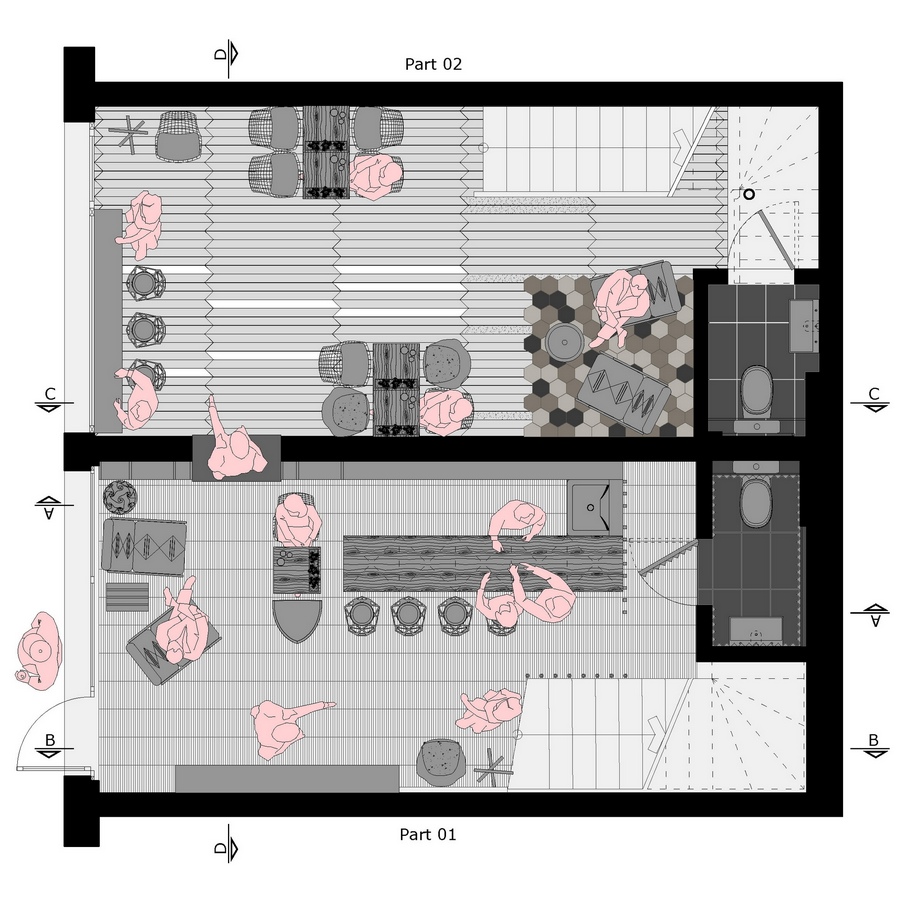 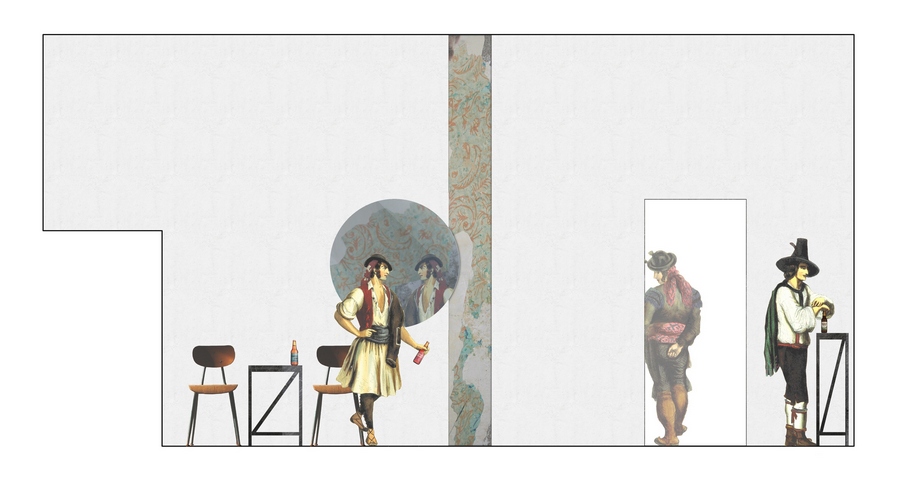 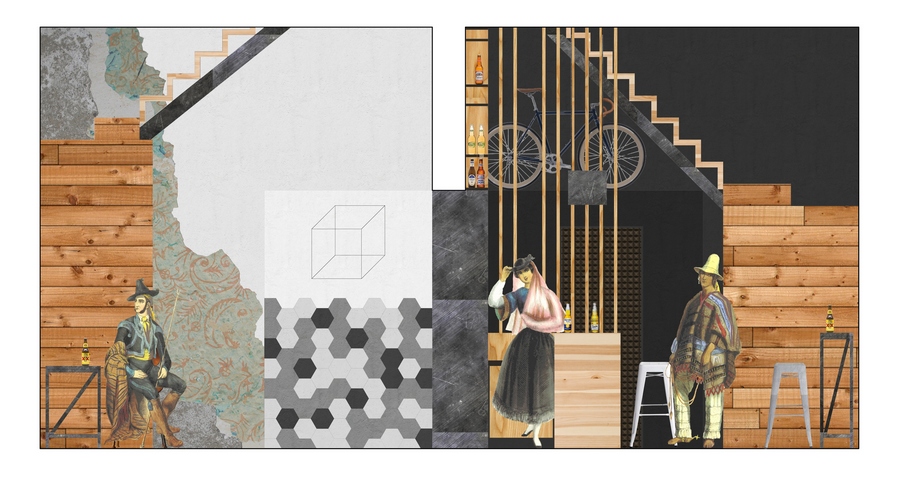