The project has as idea to introduce a minimal impact on the existing structure. The concept is to propose a simple and very humble in its entirety additional structure and refurbishment which only to support and fulfill the main space as the primary protagonist of the new museum complex. The carefully selected extensions are to be present in a rather classical manner that as a contemporary design.

The complete design suggested as possible any contemporary artist, who is more connected to the existing local heritage and the memory of the territory, because the vicinity of the idea for the Mediterranean sea as a starting point is crucial for the art pieces which are to inhabit the new space.

The main entrance of the existing building is to be preserved and in addition to receive an entrance space with small waiting/tickets/information areas, which fill the small lot between the existing structure and the street. An elevator helps the vertical connection for the people with disabilities, without interruption of the whole design of the proposal. Despite the newly organized exhibition path, the two existing staircases are preserved as secondary/personal ways in case of a need.

The exhibition path is unique and very clear, starting with cantilevered ramps made by corten steel sheets and leading the visitors the way down to the lowest point of the ex-roman cistern. It ends with monumental stair and the same way reverse it starts again on the opposite side in order to bring us back up on the ground by the secondary existing entrance/exit of the structure. In the middle there is a bridge to make the connection between the two paths and suggest new views over the space.

On the lowest level are located the secondary and support rooms as office spaces, café, storage, restrooms. A small existing channel is left and filled with water to make direct connection with the main purpose of the building and its physical memory. Over the water there is a single small bridge as connection between the two exhibition paths. The so designed maze within the cistern is to open unexpected view points between the columns and arches of the structure and to suggest new ways of exhibiting a piece of art.

At the end of the exhibition journey the visitors are facing again the sunlight in the end of the way, but from the opposite direction. Once again over the ground they need to climb up to the rooftop of the existing structure where are located new designed and constructed spaces as open air café/restaurant and bookstore/souvenir shop as well as separate volume of a conference/concert hall with the possibility to be approached directly from the street in case of separate evening events.

The architecture of the new volumes does not try to copy and repeat the existing structure but to mirror the underground arches once again over the existing roof by making them in triangular shape, underlining them as a completely different and contemporary intervention. On the same time the new structures under the ceiling of the cistern are hanging supported by similar but minimize triangular construction.

The idea of new crossroads under the ceiling openings and the play of light and shadows within the cistern is a very important point of the whole design process. Defining the right pieces of art and placing them into the most prominent place is of high importance for the articulation of the new museum. It is simple design which is to sit over the study of changing sunlight in the different part of the day and emphasize the importance of the feelings and senses when entering in Piscina Mirabile. 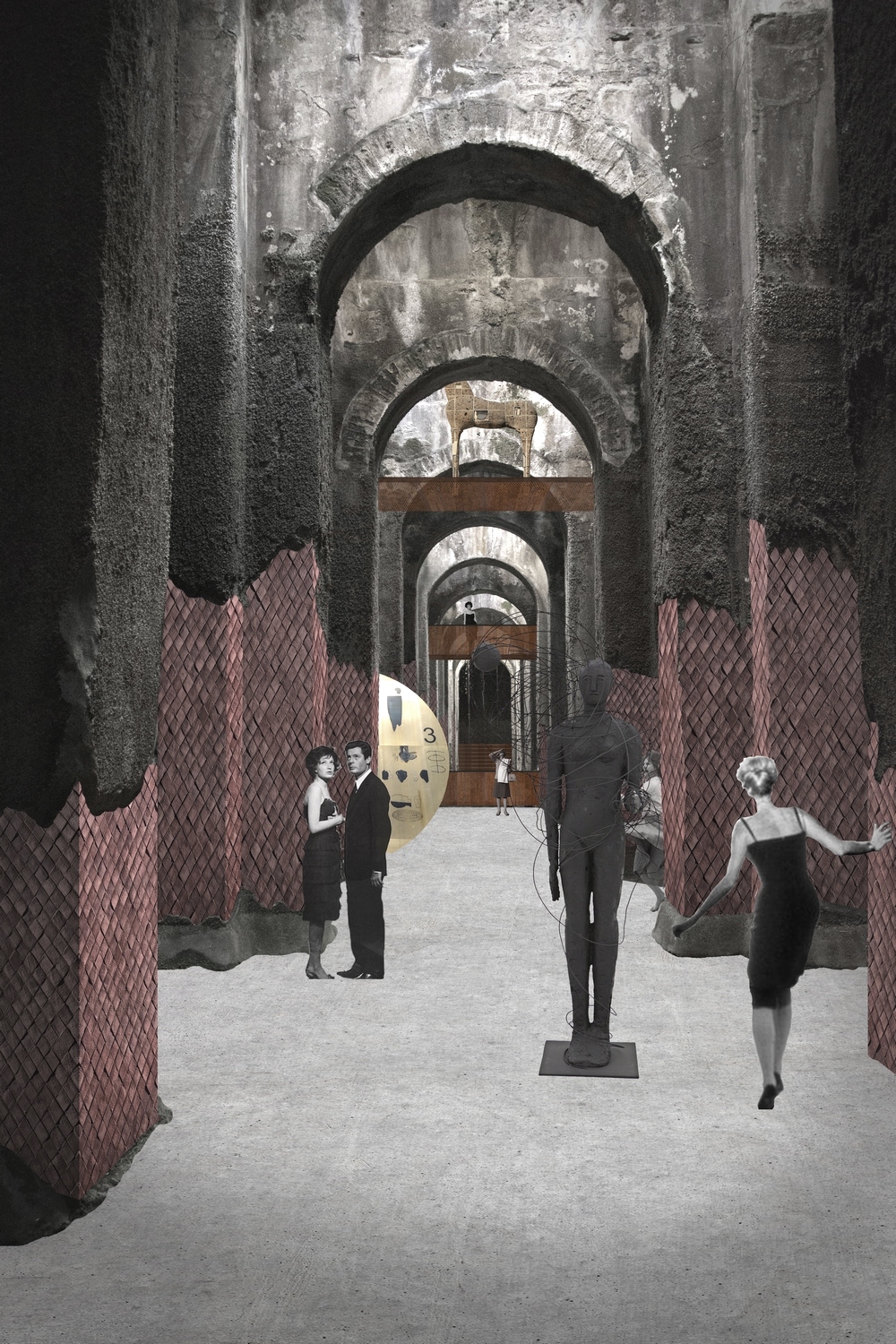